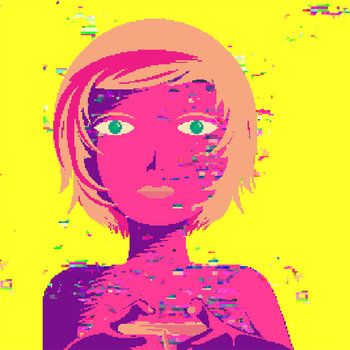 Hello again! So, after taking a break to finish some university work and organise WeeklyTreats, I'm finally back to writing! A bit late on this one, but it's here nonetheless, so without further procrastination:

This month, French Famitracker Please Lose Battle has released his debut EP with old scene favourites Pterodactyl Squad. Self-confirmed as a release focusing on melody, whilst it is filled with memorable and well written motifs, the overall unfocused song writing and programming leads to a thin and oddly frustrating listen.

For every inspiring melody, there lies two that are weak. ‘This Is Not…’ tries, and valiantly so, to play constantly evolving counter-melodies off each other, but ends up sounding like a jumbled mess instead. ‘Watch Out, Sharks!’ has an opening that does no justice to what follows, taking ages to say nothing of any interest, and before it dips into Guchi styled bitpop bubblegumisms, ‘Nailed It’ is so stuck in 80s soundtrack stylings it brings all the cliché and forgettable placidness with it.

The other problem, and the moments it excels is often when it overcomes this hurdle, is that most of the sections sound incredibly thin and frail. The drums are certainly well-written, but they’re like a foghorn in a tornado, almost completely undetectable. The bass often follows a similar pattern, being either tiresomely derivative or disappointingly weedy.

Whilst tracks are peppered with bad decisions, the good ones do shine. The bridges of ‘Nailed It’ are brilliantly written, the final sections of ‘Watch Out, Shark!’ and ‘This Is Not…’ are great, and until it becomes sickly through lack of variation, ‘Afternoon At Last’ is a brilliant example of nostalgia breaching modernity, summer days of past with matured pop punk sensibilities of now. 'Final Douchebag’ works incredibly well throughout, spitting crunchy chipmetal dripping with immediately affective melodies, a forceful drive and enough grungy menace to keep the harshites keen, but ‘Power Off…’ is clearly the album’s centrepiece. An eight minute epic, moving at first through beautiful Alex Mauer crossed with post-punk atmospheres, before arps move into, for the first time in the release, Please Lose Battle showing off genuinely awe-inspiring programming, and revealing that driving bass that had been missing all along.

The build-up then fumbles, however, when it lands in a melody nowhere near emotive enough to carry the weight of the previous, subtle genius, highlighting what is good and bad about the release succinctly. Often on this blog I talk about the potential a release shows, and with all honesty I can say Please Lose Battle will be huge in the near future. There is no doubt. The talent is here, the drive, the knowledge and more importantly the unique character, it’s only the execution that is missing. Maybe I found it such a frustrating listen because the promised, explosive melodic perfection was always just out of reach. Anyhow, in what feels like the beginning of ‘The NES Revival’, Please Lose Battle certainly deserves a seat in the helm, just a bit more focus on composition and maybe he’ll be piloting the ship.