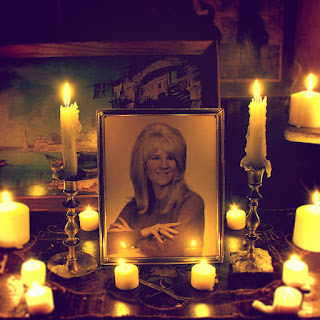 Bursting onto the scene with last year’s ‘Home Sweet Home’, ABSRDST has quickly grown both his fan base and his musical scope. Our first release of 2013 sees his return with a new full length dripping with a dark atmosphere.

‘Xhip Quim’ is a single piece broken into 11 parts, playing through as an uninterrupted 49 minute opus. The continuous stream of tightly composed music gives the album a prose-like feel, accented further by the samples telling a story as bleakly oppressive as the music itself. If there was one word to sum up the entire release, it would definitely have to be ‘theatrical’.
The music is difficult to define. Lying somewhere between progressive electronic and dance whilst flirting with glitch, ambient and multiple other genres, ‘Xhip Quim’ takes ABSRDST’s style to a new level, sounding less like something to be defined as chiptune and something more to be defined by its own  musical merits.
Blending austere atmospheres with catchy and unforgettable melodies, ABSRDST manages to create a release that lies outside the boundaries of chiptune and becomes just straight quality electronic music. And quality music that we here at TWG are very, very proud to be hosting.

Some words from ABSRDST:
“Xhip Quim is an experiment. It’s a character study, a warning and a confession. It is by far my most personal album. It’s atmospheric, dark and sample heavy. It’s about childhood, abuse, fear, shame, humility, and overcoming all of it.”

Get it right HERE!

Cover Art by Jeffrey Alexander Baehr
More of Jeffery's work can be found here and on his Facebook page.
Posters of some of the artwork is available here!